Email us --
Tom: tweamoe@gmail.com
T: rahereticssly@gmail.com
Sue: rahereticsswan@gmail.com
Our Other Blogs --
theswansheart.blogspot.com
heronstransforming.blogspot.com
We are three adults living in a polyamorous triad family. The content here is intended for an adult audience. If you are not an adult, please leave now.

I was raised by my WWII veteran father, and my mother who was seven years his junior. They both bore the marks of the great depression. There was an inherent decency to their generation; a willingness to reach out and lend a hand. They helped their neighbors with whatever was needed: childcare, a yard project, sitting with a family in grief, dropping off a meal when someone was ill… whatever might be needed. Their skills and their hearts seemed to be able to reach well beyond our own walls and our own front door. We didn’t always have a lot, but we always seemed to be able to make what we did have stretch far enough to help someone else. My folks were eminently decent people. It feels like times have changed in this America.

Over the last few months, as a whole host of awful disasters have rolled across my television screen, I have been struck by a single overarching thought: how is it that we have come to lose our sense of decency?

When a screaming, destructive, murderous mob breaks down the barricades to storm into our capital, and attempt to stop the constitutionally defined process of certifying the result of a duly conducted national election, where is the outraged reaction of decent people?

When a winter storm knocks out the power, plunging thousands of people into cold and dark, and then leaves those same people without potable water for weeks; when the United States senator who represents those same people picks up and leaves for a family vacation in Mexico while his constituents are suffering and dying; when the power companies that couldn’t manage to keep the lights on then churn out bills for thousands of dollars to customers who froze in the dark; does that seem decent?

When, again, our evening news broadcasts are completely pre-empted by word of our neighbors being murdered while doing regular things, in places like Atlanta, Georgia and Boulder, Colorado by young men who no one would have even noticed on the day before, there is something terribly indecent happening.

When, in 43 states, here in a nation that is founded on the notion that we operate by the power of our vote, state legislatures are working to pass laws that remove that right to vote from their own citizens, a powerful indecency is occurring on a daily and hourly basis.

When we have established an immigration system that declares that it is illegal to offer aid to a mother who arrives on our doorstep carrying her child, fleeing from violence and poverty, where is our humanity and our decency?

And, when after a year when more than half a million of our neighbors and family members have been lost to a deadly virus, we still cannot do the simplest things to protect one another, like wear a mask and keep our distance for just a few more months. Instead, great crowds of partiers are gathered for spring break, as if there were no threat; as if no one had died; as if it simply doesn’t matter. It is indecent.

A society and a civilization stands on a number of things, but foremost among those, it seems to me is the ability to count on the good will and good faith of your fellows. We need to be able to trust that the people that we meet in our shops and our workplaces and our schools are basically decent sorts. It is simply a fact that life is a risky proposition. For each and every one of us, disaster is a heartbeat away, and we rely at some level on the good graces of our fellow citizens to hold us up in our hour of need. We hope that our neighbors and co-workers and friends will show up with a helping hand and a casserole to shovel the sidewalks and take care of the kids and walk our dogs and sit at our bedsides and comfort our widows and do all the thousand kind things that knit us all together. It is just decent. We don’t expect to be kicked while we are down, and we never intend to be the ones doing the kicking. We just are not that sort of people, except that, as it turns out… maybe we are. Really, what has become of us? Have we changed, or is this who we have always been?

Something to add? Enter the conversation with us. 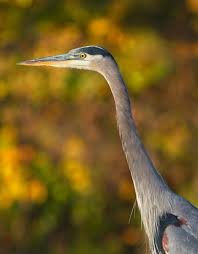